If you’re a cat mom (or dad) like me, then you know that every cat is different and likes different things. Just like people, a cat’s personality is their own and getting them to change habits can be challenging.

I have mentioned my cat, Oreo, before. She was completely different from Albus. She loved sitting in laps, giving kisses, and chasing a toy in circles until she got too dizzy. Oreo had a very different personality in that she definitely thought she was a dog!

While Albus prefers the company of dogs, he is a cat through and through. He loves to be pampered and only snuggles on his terms. Luckily for me, he enjoys snuggling on my bed so I get plenty of Albus snuggles to keep me satisfied. As I’ve also mentioned before, Albus is very intuitive. If he senses that I’ve had a rough day, he gives me some extra lovins.

Anyway, I’m basing this post on Albus and what tools work to keep him a happy and healthy kitty! (In no particular order)

Albus LOVES his treat mouse. It’s made by Temptations which is perfect because Albus only eats Temptations treats. I’ve tried other kinds but the only other ones he’s eaten are the Greenie’s treats. My mom got it for him a year or so ago for Christmas. I had to 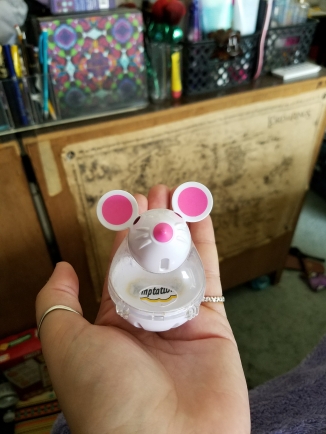 replace it because Albus kept playing with it after it was empty and lost the head. My mom had bought him a back-up but then he chewed the ears off of that one!

I usually give him the treat mouse before leaving for work in the afternoons. While Albus definitely loves his treats, if I fill the treat mouse completely he will bat it around and eat about half of the treats then leave the rest for later. He’s pretty lazy with it and doesn’t really bat it around too much, but it makes him happy so who am I to deny him!

These things are literal life savers. Albus is HORRIBLE about getting in water when it’s not on his terms. Obviously cats groom themselves and Albus is well-practiced in ass licking. But having the bath wipes to help freshen him up like once a week keeps him from getting smelly. He doesn’t mind the wipes until I start going for his tummy so I save that spot for last.

This is the greatest toy I’ve ever bough for Albus and I’ve bought him a lot of toys to try. Albus can be quite picky and gets bored easily. He doesn’t like going after the same toy 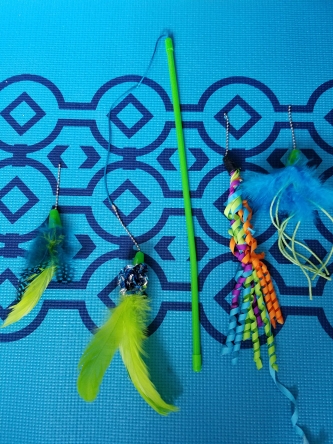 day after day. The metal clasp makes changing the ends very easy, so every few days I switch the end piece to keep him interested and active. Since he likes treats so much, I try to get him to exercise a little to balance it out. Albus has some serious hops and takes no prisoners. I found this gem at a PETSMART. He’s also really weird though and sometimes just prefers to chase and chew on the stick part of the toy.

Albus’ favorite spot to play is inside his tunnel. I actually need to get him a new one because the one he has now is all torn up! He goes into what I call his ninja stealth kitty mode to hunt his prey. This helps him get enough stimulation, which cats typically thrive for in order to keep their hunter instincts alive.

Since Albus likes going outside and going on adventures, it is important to think about what the dangers are for a kitty traipsing through the wilderness. Before I officially adopted Albus, he got a very bad case of fleas. So bad that it had resulted in worms. When I officially claimed him as mine and took over his care, I went through a lot of time and money to get him the care that he needed to make him healthy.

Revolution is different because it goes above and beyond your average flea and tick protector. This topical medicine also protects against heartworm. For that reason, it requires a vet’s prescription. It’s also a little pricier due to needing a prescription and the added protection from heartworm. But in my opinion, it’s definitely worth it to have peace of mind when out adventuring. 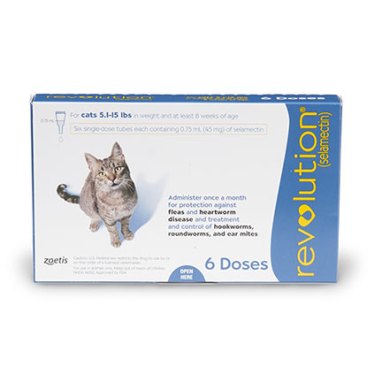 Like I said, every cat is different and have routines and tools that work for them. I obviously have more than five tools that I use for Albus, these are just the ones that are the most prominent in his routine. For example, I got Albus pet insurance in case anything particularly unfortunate were to befall him.

It’s going to be interesting to see how I can transform to van life with a cat and still keep his life engaging and active despite living in such a small space. Of course, he will be going outside A LOT more than he is now so that, I hope, will help from both of us from feeling too cramped up.

I would love to hear from my fellow cat parents what works for their fur babies! I’m always interested in hearing what works for others, especially those who also have adventurous kitties! Also, if you’re a vanlifer who is traveling with a pet, drop a comment below! I am trying to do as much research as possible on ways to make a traveling lifestyle easier on pets so that Albus can be as happy and healthy as he would be in a house!

One thought on “5 Tools For a Happy and Healthy Cat”

Mental Health on a Whim

Mental Health on a Whim

A little dose of inspiration…